“Our experience is filtering through” 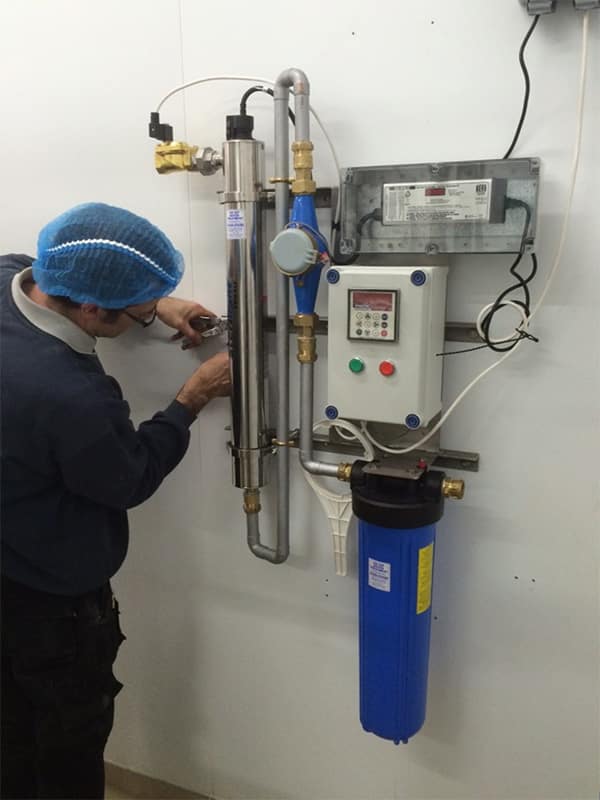 A Bridgwater drinks manufacturer required a batch counter for it’s mixing system, On Tap were able to supply a combined filtration, steriliser and batch counter combined. The Sterilight unit gives UV status and count down to lamp changes as well as warning of lamp failure.

The unit was mounted on  a stainless steel frame, batch quantities are entered into the electronic control unit, the solenoid valve closes once the batch quantity has passed the water meter.

Scale buildup on shower screens and tiles is often the worst nightmare for households in the hard water areas found in Somerset, Devon and Dorset.

I spoke with one homeowner last week, from Honiton, who told me that once we had fitted his, MiniMax M2, he now no longer needed to clean the shower screen daily and hadn’t touched it for several months.